What makes a collector? According to Museum of Vancouver contemporary issues curator, Viviane Gosselin, it is often much more than just an obsession.

There are over twenty collections from small to big, to the playful and the weird. But more than just the collections, visitors will also get a sense of the people who are collecting these things with portraits and a profile for each. – Museum of Vancouver curator, Viviane Gosselin

“Passion is the common thread,” says Gosselin of the twenty collections that have been brought together for the museum’s upcoming exhibit, All Together Now: Vancouver Collectors and Their Worlds.

Putting a call out to the community a year ago, Gosselin and her team at the museum discovered there were plenty of Vancouver collectors willing to exhibit their wares.

“We had more collectors that wanted to be part of the show, but time and space didn’t allow,” she says. “I asked people to surprise me, and set out to find those very unconventional collections, with a mix of what people will expect and what they won’t expect.”

At the core of the exhibit is the extensive catalogue from Major James Matthews, regarded as our city’s foremost collectors of photographs and documents from early Vancouver.

“As Vancouver’s first historian and archivist, Major Matthews’ is an important collection for both the museum and the City of Vancouver Archives,” says Gosselin. “He is the only non-living collector in the exhibition, but one that is intimately connected to our collection and acts as a bridge between what the museum does and what is happening outside the museum.”

The new exhibit, which opens June 23 at the museum co-located with the H. R. MacMillan Space Centre in Vanier Park, will not only showcase an eclectic mix of collections from Vancouver collectors, but it also offers insights into the stories of the collectors themselves.

“There are over twenty collections from small to big, to the playful and the weird,” says Gosselin. “But more than just the collections, visitors will also get a sense of the people who are collecting these things with portraits and a profile for each.”

Going one step further, visitors will also have an opportunity to experience many of the collections through interactive components that include playing pinball machines, trying on corsets, listening to long-forgotten bands, and handling historical artifacts.

Perhaps surprisingly, Gosselin says it didn’t take much convincing to get the owners to give the public hands-on access to their collections. “In most cases the collectors were eager to show their collections,” she says.

In addition to having a passion for their treasures, a number of the collectors either make their collections their living, or are somehow intrinsically linked to them. For instance, Vancouver pinball collector Kyle Seller has turned his passion into a business.

“Kyle has many of his pinball collection in pubs all around Vancouver. Not only does he restore them, but he also makes a living out of maintaining them,” says Gosselin.

Other collections come from Angus Bungay who started collecting action figures when he worked in the animation industry; prosthetist David Moe’s assortment of vintage artificial limbs stems from his father’s profession; and fly-fisherman expert Art Lingren not only has an astounding collection of lures, but has also written books on the subject.

From the Mundane to the Downright Odd

With not a single baseball card in sight, All Together Now will be host to some more esoteric collections alongside some of the more mundane.

For example, anthropologist Imogene Lim’s collection of Chinese-Canadian menus connects to her family story and her interest in intercultural history, while Melanie Talkington has documented the changes in fashion and bodies through the ages with her largest-in-the-world collection of 19th century corsets.  Social worker Willow Yamauchi’s collection of her father’s drag queen costumes opens a window into her own family’s history and that of the local LGBTQ+ community.

“She went back to the drag community to get to know more and documented her father’s life as a drag queen in Vancouver,” says Gosselin.

With limited space, the exhibit will also give others an opportunity to post pictures with their own collections through social media.  Using the hashtag #mycollectionatMOV, images will be displayed in the exhibit space through large projections.

“We’ve done similar things in the past, but we want to make sure they are really part of the exhibit this time by experimenting with crowd sourcing and citizen curation,” says Gosselin.

All Together Now: Vancouver Collectors and Their Worlds opens June 23 at the Museum of Vancouver (1100 Chestnut St, Vancouver) and runs until January 8. Visit http://museumofvancouver.ca for more information. 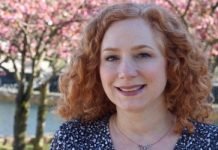