In our continuing series, contributor David C Jones meets some of the artists from Vancouver’s performing arts scene.

Stephen is a graduate of Langara College’s Studio 58 and has worked in theatre, film, radio, television, and opera in Vancouver and other Canadian centres for forty-some years.

Stephen is currently appearing in the Slamming Door Collective production of The Sea at the Jericho Arts Centre in Vancouver May 2-19.

What drives you as an actor? Why do you keep doing it?

Chemical dependency. Theatre brings a combined high and blissful peace that I haven’t found anywhere else. I’m also persuaded that it can make a difference in our tumultuous world, and I hope to help make that difference be positive.

How do you make connections and maintain professional relationships?

I go to auditions and answer the phone? I try to care about others. And sometimes I’m lucky enough to get together with people I love and respect and we make our own work.

What are some important things for new actors to consider? Practical tips as well as things to avoid?

The balance it took me a long time to strike — and I don’t know if I’ve arrived at it — is between the courage of my convictions and openness to new ideas.

When I was a younger actor I tended to veer this way and that from one side of the road to the other. A director would give me a note and I would interpret it to mean, “Oh! I’ve been doing it all wrong. I have to transform everything in this new direction”, rather than keeping and adjusting what I had already discovered. I guess I’d boil it down to, “Don’t be afraid to stand up for your truth, and at the same time, don’t be afraid to let your truth be questioned.” Genuine listening is one of the hardest things to accomplish, in relationships in general and in scene work in particular. It demands a suspension of one’s own agendas.

I heard Rod Stewart interviewed on CBC Radio this morning. Asked a similar question, he stressed the importance of giving oneself to the work, with passion and joy. You have to want to be there; if you’re not enjoying it, find somewhere else to be. And you have to do the work for its own sake, not for money or fame or advancement. Yeah, easy for Rod Stewart to say don’t do it for the money or fame, right? But hey. He paid his dues.

How do you supplement your income as an actor?

I write computer programs. And I chose my parents with care. 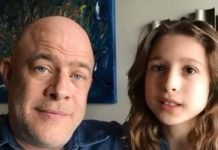 In Conversation with James Sanders (and his son Max) 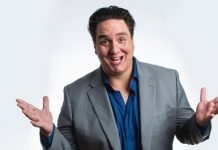 In Conversation with Mike Delamont 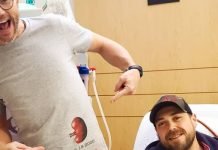