Vancouver’s Turning Point Ensemble celebrates a decade of making music with a 2015/2016 season filled with premieres, including a concert to mark the 30th anniversary of the bombing of Air India Flight 182 off the south-west coast of Ireland.

A part of the Vancouver music scene for ten years now, the upcoming Turning Point Ensemble (TPE) season continues to fulfill the 17-member ensemble’s mandate of increasing the understanding and appreciation of music composed during the past hundred years.

“Turning Point Ensemble is the work of many people who have nurtured a vision to provide transformative artistic experiences”, says Artistic Director Owen Underhill. “This season is a rich example of the total theatrical experience.”

The TPE season begins in October with Music of a Thousand Autumns, a celebration of Canadian composers that includes new music from Canadian composers. The concert will feature Dorothy Chang’s chamber symphony Three Windows, new commissions from prize-winning composers Anthony Tan and Farangis Nurulla-Khoja and the premiere of Alexina Louie’s new work. The concert kicks off the ensemble’s cross-Canada tour.

Individual tickets and season subscriptions are now on sale. Visit http://turningpointsensemble.ca for tickets and more information. 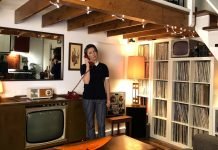