A storm was brewing back East a week or so ago, as one professional theatre company was about to throw out tradition with the bath water critics by not inviting them to opening night. Instead, complimentary tickets would be provided three performances after opening (unless, of course, they wanted to buy tickets to opening).

Making headlines in one of our country’s (ahem) national newspapers, the theatre company hatched an idea they said would “support and celebrate the work of our theatre creators by giving general audiences the first chance to respond to our shows and to be at the forefront of the conversation.”

From where I sit though, if you remove one element of what is very quickly becoming a lightning fast conversation, you’re not getting the full picture.

Most opening nights are filled to the rafters with donors, supporters, family, friends, and insiders; all usually at the ready to stand and cheer. Wading through the predisposed throngs around them, it is the critic’s job to take a closer look at what is actually going on stage and to report on it from a relative position of neutrality and authority, an objectivity that is difficult to get if you rely solely on the opinions of a house stacked with sympathizers. Theatre companies may get the reaction they crave on opening night, but don’t future audiences (and the theatre companies themselves) deserve it to be tempered or reinforced from that authoritative and neutral space?

That isn’t to say that the reactions from an opening night audience is invalid, but by excluding or attempting to mute the voice of the critic it becomes just as one-sided, and the effect is essentially the same as what you are trying to prevent: allowing only one part of the conversation to dominate.

An experiment like this should not be about exclusion, but about adding to the dialogue around theatre. A review can help spark those conversations and the real experiment should come from how theatre companies use them, good or bad, alongside the conversations they should already be having with their audiences.  Besides, shouldn’t we put reviews into some perspective, because my philosophy has always been that stories about the art are just as important as reviews of the art.

I admit (somewhat ironically), I am a little late to this particular conversation, but for a good reason. I’ve been busy trying to start other conversations about the arts.  But I’d like to know what you think?  Do you think this is a worthwhile experiment?  Should critics be barred from opening night?  How do we get those all important conversations started? 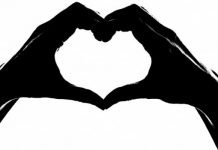 Due to the recent B.C. health order, in-person performances are currently suspended until December 7. Be sure to check with organizers of any events prior to attendance.