Artists are among those hardest hit by #COVID19 & they need our support now so they can be part of our recovery.

Thank you to Council for acting quickly to help.#vanpoli

Just a few hours prior, Stewart took to Twitter to urge the passing of the arts and culture grants.

That’s why today’s Council vote on Cultural Grants is so critical. These are difficult times for this sector and we cannot abandon them.

The complete report which went before Council today and subsequently adopted is available online at the City of Vancouver website.

While this is great news for the local arts community, the announcement has generated some confusion.

“Getting funded was not in response to COVID-19,” says Zee Zee Theatre’s artistic and executive director Cameron Mackenzie in a follow-up. “We are receiving the money that was already earmarked for the arts. And I’ve seen a lot of responses online as if this $6 million is some kind of additional funding to bail us out.”

As Mackenzie points out, the approval of these grants was not a direct response to the current health crisis. Concerns, however, were raised by the BC Alliance for Arts & Culture before the vote that Mayor and Council may not have voted in favour of the grants due to COVID-19.

Editor’s note (April 2, 2020): This article was updated to clarify the grants approved by Vancouver’s Mayor and Council were not a direct response to COVID-19. 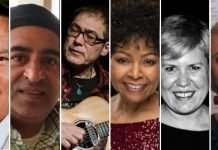 The Battle of Vimy Ridge remembered in Brendan McLeod’s Ridge