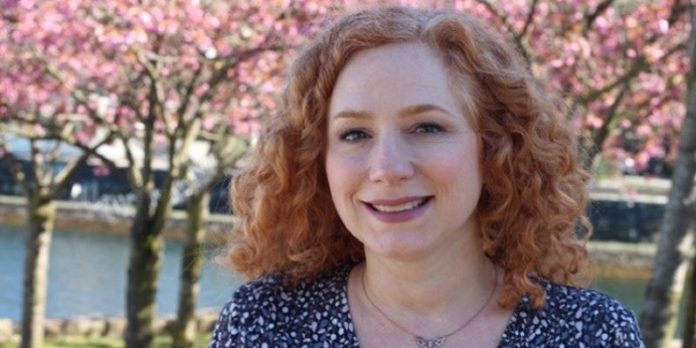 In a media release, the Jewish Community Centre of Greater Vancouver (JCC) has announced Jessica Mann Gutteridge as the new artistic managing director of the Norman and Annette Rothstein Theatre and Chutzpah! Festival.

Gutteridge takes over from Mary-Louise Albert, who recently left the position after fifteen years to pursue new artistic endeavours.

In addition to providing creative direction for the annual multidisciplinary Jewish arts festival, Gutteridge will be responsible for the management of JCC’s performance venue located in the Jewish Community Centre located in Vancouver’s Oakridge neighbourhood.

Born and raised in New York, Gutteridge returned to the theatre after nearly two decades as a lawyer, receiving her MFA from the Yale School of Drama and further studies at Connecticut’s Wesleyan University.

It would be during her time at Yale where Gutteridge would meet her husband Corin, who had grown up in Vancouver. While they initially settled in New York, the two found themselves visiting the West Coast on many occasions.

“When I began to consider returning to my career in the arts after practicing law for 17 years, Corin and I decided that our family was ready for a change of scene,” says Gutteridge via email. “Vancouver seemed the perfect place for us to start this new chapter in our lives in 2014.”

Since arriving in Vancouver, Gutteridge has worked with such organizations as Carousel Theatre for Young People and the Vancouver International Burlesque Festival. She most recently worked with indie theatre company Boca del Lupo where she managed Performance Works on Granville Island. She is also a founding board member of the Granville Island Theatre District and has worked as a dramaturg.

“I look forward to continuing to bring diverse, world-quality artists to present their work to Chutzpah! Festival audiences, and to reach a new generation with exciting performances,” says Gutteridge in the media release. “I am also delighted to steward the Rothstein Theatre as a gem appreciated by professional artists and community members throughout Metro Vancouver.”

Celebrating a milestone twenty years this year, the 2020 Chutzpah! Festival will take place in October. Visit chutzpahfestival.com for more information.