In a media release, the PuSh International Performing Arts Festival announced co-founder, and longtime artistic and executive director, Norman Armour, is stepping down in April.

“I am immensely proud of the countless successes, rewarding partnerships  and groundbreaking milestones the organization has afforded me,” says Armour in the release. “And I look forward — with great anticipation — to where new leadership will take PuSh in 2019 and beyond.”

Co-founding the PuSh Festival with Katrina Dunn in 2003, the festival evolved from a modest start-up to become one of Vancouver’s preeminent performing arts festivals. The festival, which takes place each year in January, provides audiences with an eclectic mix of theatre, dance, music, and multimedia from local, national and international artists.

“In the early beginnings of PuSh, co-founder Katrina Dunn and I wanted to effect change with the creation of a vibrant festival for the contemporary performing arts,” says Armour. “We envisioned Vancouver artists forging new relationships and new business opportunities with the rest of Canada and beyond; and saw the potential benefits of a dynamic interplay between seemingly disparate disciplines, between arts patrons, and between the city’s venues and creative communities.”

While Armour is scheduled to depart in April of this year, with programming for the 2019 festival already in place, next year’s 15th anniversary will mark Armour’s final programming.

Following Armour’s departure, PuSh will be led on an interim basis by Roxanne Duncan and Joyce Rosario. The PuSh board is preparing to initiate Armour’s permanent replacement.

“Norman has been an outstanding artistic and executive director, who has led with unwavering devotion, commitment and bold creativity; forever changing the face of Vancouver’s arts scene,” says Mira Oreck, president of PuSh Festival’s board of directors. “Norman is leaving the organization in the strongest place it has ever been, positioning us extremely well as we plan for the next exciting stage of PuSh.”

Armour will take up a new role in May, consulting with the Australia Council for the Arts. Based in Vancouver, he will lead the development and implementation of the Council’s strategy in Canada and the United States. 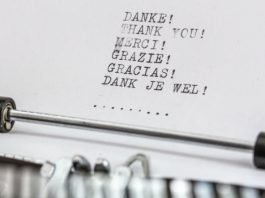