Equal parts music criticism, cultural analysis, and coming-of-age memoir, We Oughta Know chronicles the careers of these four women as Warner re-evaluates the impact they had on her life as a teenager, the climate in which they succeeded, and their legacies.

In this Q&A we find out more about the book from the Warner, the influence music had on her growing up in East Vancouver and what she is listening to now. Following the Q&A is an exclusive excerpt from the book.

We Oughta Know launches at a public event at The Lido on April 25 that will feature a reading from Warner and special musical performances from Kathryn Calder and Louise Burns. You can pre-order your copy of We Oughta Know from the publisher.

The timing of it all was kind of magic. My publisher, Eternal Cavalier Press, emailed me out of the blue last year to ask if I’d ever thought of writing a book and if I had any ideas that fit their mandate, which is Canadian writers writing about Canadian music. I came up with a few different ideas, but this was the one I kept coming back to, because I’d found this list of the 10 best-selling musicians in Canada and I was really struck that of the five Canadians on the list, all were women. And, the four artists I’d grown up with, the women who played the biggest roles in my life, that all happened between 1993-1997, my high school years. I hadn’t really thought about it that way before, but it felt special somehow. I write about music professionally and I tend to focus on feminism, plus it’s been 20 years, which is sort of the ideal confluence of nostalgia + feelings + perspective.

2. How long have you been working on it?

About a year. They asked me about a year ago, but I didn’t start working on it until I signed the contract, which I think was in August. Then I did a full month of just research and wrote the book itself in three months. But it wasn’t full time for three months. It was after work (I was full time at CBC Music) for three-four hours at least three days a week and one weekend day. The last few months has been all the editing and re-editing and editing again.

3. The advance press talks about the impact of the four women on your life in East Vancouver – how did music influence you growing up?

I didn’t even fully realize how much it influenced me until maybe seven years ago when I realized that I love writing about music. I mean, I love all the various writing projects I do, but there’s something about music. I love interviewing musicians and talking about their songs and their art, hearing their stories. I love burying myself inside new records or listening to old albums, which is kind of like dropping in on old friends or old versions of yourself. Music makes me feel things, gives me space for my feelings, and gives me back pieces of myself. It’s intellectually, creatively, and emotionally stimulating and it can be both highbrow and low brow, divisive and uniting. When you have no fucks left to give, sometimes music fills you back up again. How amazing is that?

4. You talk about Dion and Twain being “detrimental” to your feminism. Did that change for you after writing the book?

Part of the reason I wrote the book is that it had already started to change, definitely, in the last several years. I’ve spent a lot of time thinking about what it means to be a feminist and believe in feminism, in equality and it forced me to think about the women to whom I have been unfair. Then I wanted to think about why I was so quick to judge, what kind of systems are in place that make it easy to disqualify certain women from their successes. I saw how complicit I’d been and I didn’t like it at all, but I wanted to really examine the roots of that, where it had come from. Dion and Twain definitely hold a different place in my heart now.

5. Did you have an opportunity to interview any of the four women for the book?

Sadly no. I put out requests a few times, but mostly got “thanks but no thanks” in return. Which is cool. I mean, honestly, if I was approached for this, I might want to wait and see what the book looked like first. Maybe they’ll somehow magically read it one day and offer up interviews and then we can do that re-release/updated thing that’s so popular.

6. You’re giving away a piece of handmade art with an in-person book purchase. Why the art offer?

I love making art and haven’t done it in forever. Also, I wanted to make it special for people. There are lots of books you can buy, so it means a lot that they are choosing mine. Plus, I also give up a lot of myself in the book, so this feels like the right kind of additional personal touch to go with that. People will also have to come pick it up in person, which means they shall judge me less harshly when they have to look me in the eye. (Kidding. I think.)

7. What are you most excited about listening to today?

So many things. I love Kathryn Calder’s new record, which is self-titled. Buffy Sainte-Marie’s new album is a ball of fire, so great. I saw Perfume Genius and Belle & Sebastian last night and they were both amazing in totally different ways. I interviewed Ibeyi on Monday, twin 20-year-old French-Cuban musicians, and the show was incredible. They’re really doing something beautifully original and they’re delightful. And the new Alabama Shakes is so fucking cool, I can’t even believe it’s real.

An excerpt from We Oughta Know courtesy of the author and Eternal Cavalier Press:

Sarah McLachlan’s music wasn’t always a pitch-perfect soundtrack to grief. The McLachlan I fell in love with was an artist of edgy complexity—tormented, sexy, and adept at wry misery. McLachlan was the hippy, the feminist, the role model, and the wild child all rolled into one. I didn’t realize at the time what exactly I was responding to, but there was definitely a vicarious thrill about the ways she explored adult themes that resonated deeply with precocious teens. Sexual agency and self-esteem, religious exploration, questioning everything, challenging the status quo—every song was a tether from me to her, a place to ground myself against the likes of Céline Dion and Shania Twain.

McLachlan’s first record came out in 1988, but it wasn’t until she released her third album in 1993 that she became a truly “big deal.” Fumbling Towards Ecstasy made her a star and it established her homebase, Nettwerk Records, as a significant player among independent labels. I was fourteen and obsessed. Her lyrics fuelled the love of poetry I had developed thanks to Leonard Cohen and Joni Mitchell. She tangled words in specific, messy ways, crafting imagery that swallowed the listener whole, changing the shape and meaning of a phrase with a twisted, strangled cry or a delicate piano line or a charged growl. Fumbling Towards Ecstasy was messy, flawed, life-changing perfection, a wonderful, contrasting scruff to the otherwise polished, slick veneer of 1997’s Surfacing and ev­ery record since. To my ears, there’s a distinct “Before Surfacing” and “After Surfacing” sound to a McLachlan record.

As the album that made her hugely famous, Surfacing represents a distinct turning point for McLachlan. It’s an album full of beauty, but it’s also over-produced, particularly when compared to the (excellent) rough edges of Fumbling Towards Ecstasy. Surfacing was the pivot point where McLachlan started to become synonymous with Starbucks and People magazine, where she left her indie roots behind and was embraced by the mainstream. 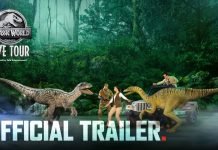 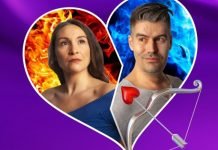