Major Motion Picture is an exploration of surveillance in the modern world that begins with the repeated phrase, “we are doing this for your own good.”

If that doesn’t set you in a dystopian mindset, I’m not sure what will.

What follows is an at times hilarious, at times disturbing portrayal of humanity in an age where everything we do is being recorded, broadcast, and watched – sometimes voluntarily and sometimes without our knowledge (you know, for our own good.)

The dancers represent a chorus of humanity that oscillates between extreme emotional reactions: loving, basking, obsessed, fearful, mistrusting, and disgusted at the power of the light of the public eye.

Watching, it is not hard to think of how use of the internet and social media has changed, even over the past five years, What began as relatively carefree sharing of our lives has become a factioned and politically charged activity. We want to connect, and yet we are afraid of who might be watching. Who might be recording our actions? Will the line between what is public and private disappear completely?

There are other characters in Major Motion Picture, including a giant, headless, six-legged figure in a dark peacoat who lurks in corners and can only represent “The Man”.

The Man is a darkly hilarious villain, reveling in the light of the surveillance cameras, sneaking into the background of humanity’s peaceful moments and transforming them into machines before (literally) consuming them. One of the finest moments in the show is a one-woman “duet” with the man showing that no matter how much we may claim to hate our consumerist overlords, we still love them.

As contemporary dance begins to stray further and further over the line into theatre, this is the kind of performance we can hope for.

The dramatic and stark emotional shifts in the dancers are behind Major Motion Picture‘s magic. These dancers have are unprecedented in their commitment, both emotionally and physically, to their work. The result is magnetic. As contemporary dance begins to stray further and further over the line into theatre, this is the kind of performance we can hope for.

Also present is a group that I can only refer to as the “shit disturbers” – colourful protester-types who shun surveillance by wearing masks and appear to be trying to wake up the world to the dark underbelly of the surveillance state.

These were the weakest parts of the piece – and that’s saying something, because those numbers were still fascinating. Infrared cameras are ever-present in the show, and the projected images from the cameras created some truly stunning graffiti images. The problem is that their parts felt like they were plucked from a different show. The contrast was too stark – they just didn’t fit.

That said, the use of cameras and projection throughout the piece was ingenious. In a particularly memorable moment, the cameras were turned on backstage, revealing the dancers in what should have been “private” moments. Breaking the sacred division between on- and off- stage provided the most searing commentary of surveillance possible.

Major Motion Picture is the Rage Against the Machine of contemporary dance: compelling, critical, protest-driven, and insightful. 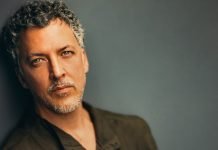 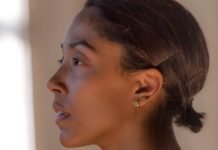