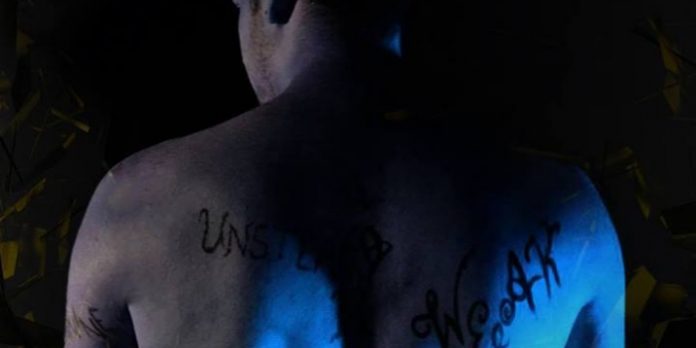 The highly stylized Iridescence is told with a stunning production design by Mayra Ometto, using dance choreographed by Danielle Gardner, and music from Armando Fierro and Tobias Bartsch.

Using images instead of dialogue it tells the story of a young man who is raised by an abusive father. The mother’s absence is ambiguous, but her presence is seen and felt.

The abusive father tattoos his son with large words like “worthless” and “homo”. While the images are both graphic and disturbing, it is also a little ‘on the nose’ in terms of its symbolism, as is the motivation for the father’s abuse.

But the style and delivery of this short film is so assured and accomplished that Vancouver-based director, Max Beauchamp, is clearly one to watch.