The Vancouver Symphony Orchestra (VSO) will have a new leader at the rostrum next summer as Otto Tausk becomes its music director, just in time for the orchestra’s 100th anniversary season.

Tausk succeeds the VSO’s longest serving music director Bramwell Tovey, when he assumes his duties for the 2018/2019 season.

“I am deeply honoured to have been appointed as the Vancouver Symphony Orchestra’s next music director, and have enormous respect for this orchestra, which has placed its faith in my music-making and orchestral leadership skills,” said Tausk. “From my very first rehearsal with the VSO, their drive, energy and ambition felt instinctive, and I knew that we could find a language together to write the next chapter, both on and off the podium.”

Born in the Netherlands, Tausk has previously worked around the world including time with the Los Angeles Philharmonic, the Concertgebouw Orchestra in Amsterdam, Rotterdam Philharmonic, Danish National Symphony Orchestra, and the radio orchestras of the BBC in the United Kingdom. Tausk is currently the music director of the orchestra and opera of St Gallen, Switzerland, a post he has held since 2012.

Fred Withers, chair of the VSO search committee says Tausk was the ideal candidate to lead the orchestra into its next chapter.

“With a wide range of experience, Maestro Tausk will continue to focus on the ongoing artistic development and growth of the orchestra, and on expanding our community engagement opportunities,” says Withers.

“Finding a natural successor to the artistic and community accomplishments of music director Bramwell Tovey was no easy task, but Otto Tausk demonstrated extraordinary communication skills with the orchestra and our audiences,” says Kelly Tweeddale, president of the VSO and the VSO School of Music.

Tausk made his debut with the VSO in January 2016, and was immediately re-invited for a return visit in January of the following year.  He was chosen after an extensive three-year search conducted by a committee representing musicians, board members, and staff, and will work in tandem with Kelly Tweeddale to lead the VSO for its next century.

Bramwell Tovey will remain as the VSO music director until his eighteen-year tenure successfully concludes in June of 2018. 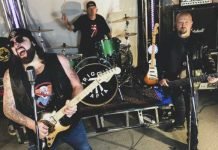