Studio 58 has announced long-time artistic director Kathryn Shaw will depart at the end of 2020 after 35 years of leading the professional theatre training program at Vancouver’s Langara College.

“The time has come for me to move on in my life and to allow Studio 58 to change and grow under new leadership,” says Shaw in a media release. “I will miss working with my colleagues, the students, and all those who have contributed to the success of Studio 58 over the years. I feel privileged to have had one of the best jobs I could imagine.”

Shaw began as an instructor at Studio 58 in 1974 under artistic director Anthony Holland, replacing him when in retired in 1985. Under her leadership, she has inspired and fostered the careers of hundreds of actors and production professionals, leaving a lasting impact on the Canadian theatre community.

Recently, Shaw has been focussed on several initiatives to foster a more inclusive and diverse learning environment at Studio 58, including founding a student-led diversity committee. In 2018 she embarked on a research project to diversify the curriculum and program offerings at Studio 58 with an ongoing goal of creating a living database of plays by Black, Indigenous and People of Color (BIPOC) playwrights.

Courtenay Dobbie will succeed Shaw. A Studio 58 alum, Dobbie is the former artistic director of Caravan Farm Theatre and has been teaching acting at Studio 58 since 2017. Most recently, she directed the College’s production of Urinetown: The Musical, earlier this year.

“It is with great honour that I take on the role of artistic director at Studio 58,” says Dobbie. “I’d like to thank the incomparable Kathryn Shaw for her incredible commitment to fostering young talent for the past 46 years, her belief in me as an actor, teacher, and leader, and her astounding dedication to Studio 58 and all that she has shaped it to be.”

Acknowledging the challenges currently facing the performing arts, Dobbie says it is her goal to foster greater equity in the theatre industry while innovating in response to the pandemic.

“The Studio 58 graduate will remain the same: a highly skilled and creative professional responding to their world by making and participating in dynamic and inspired art,” she says. 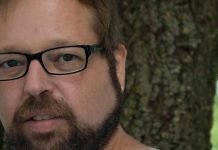