If you had the ability, and a spare $60,000 kicking around, would you want a peek into the future? 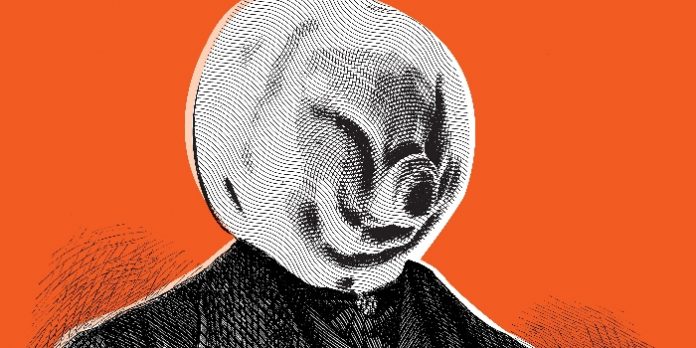 Genetic Drift begins a few days before audiences arrive at the Granville Island venue with a somewhat enigmatic email addressed to “Members of the Ultra Elite”. While it largely serves as a reminder for the show, it does contain a few hints to the evening.

The meaning behind the email is revealed early in the show itself. Working under the premise we are among Vancouver’s wealthiest citizens, we have each ponied up $60,000 to attend. Our money has paid for a glimpse into what life is like 150 years from now.

With technology allowing our DNA to live on much longer than our physical beings, we are paying for this future-peek to make a more informed decision before potentially shelling out even more in a vain attempt to continue our lineage.

Our guide to the future is Gary 3, a hybrid life form combining human DNA with that of a creature able to withstand the high temperatures that have become the norm in 2167.  Gary comes to us by way of a time portal built by the money we paid.

Problem is, there is little to get us into the ultra elite mindset. The room is hot and the tiny platters of cheese scattered about do little to help symbolize privilege. On opening night, it also proved any lack of personal hygiene is not only an issue for the hoi polloi.

Skillfully played by Vancouver actor Tom Jones beneath Amy McDougall’s grotesque mask, Gary 3 is as sarcastic as he is condemning in our lack of action. This is probably not surprising since it is our lack of action against climate change in 2017 which has created the world in which Gary 3 now lives.  He is understandably, a bit miffed and urges us to do something now. From all indications our fate may not be set, something playwright Amy Lee Lavoie fails to explore.

Lavoie also misses an opportunity for our 2017 host to be a more integral part of the evening. Played with an appropriate smarminess by Alex Forsyth, he is all but absent beyond introduction and conclusion.

To be truly immersive, the host should either side with Gary 3, or somehow temper Gary 3’s accusations. We have, after all, paid big bucks to be part of the gathering. We should either be shielded, or perhaps more accurately, made to feel even more complicit. It may be a moot point though, for unlike Ivanka, most in the room know the definition and recognize our role.

Genetic Drift is part of the Expedition series from Vancouver’s Boca del Lupo and Ireland’s The Performance Corporation. Like the superior Underwater Archaeologist and The Table, it does become fodder for a great post-show discussion. I wish though, if only for just 30 minutes, I really had felt like one of Vancouver’ ultra elite.

Genetic Drift by Amy Lee Lavoie. Conceived and directed by Richard Wolfe. Presented as part of Boca del Lupo’s Micro Performance Series and produced by Pi Theatre. On stage at The Fishbowl (100-1398 Cartwright St, Vancouver) until April 8. Visit https://bocadellupo.com for tickets and information.