Re-telling of the Charles Dickens' classic is exquisitely realized 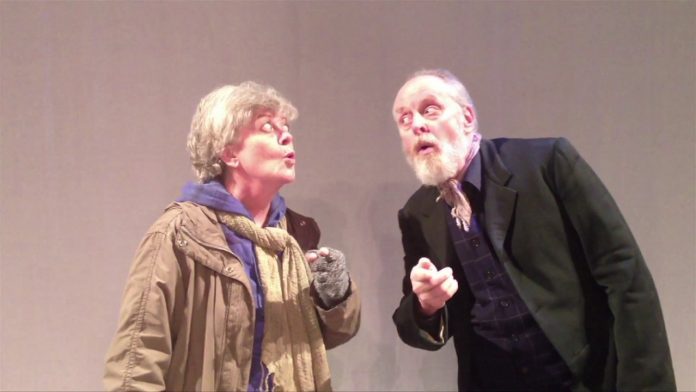 There is an early Christmas present waiting for you at the Jericho Arts Centre. It is an exquisitely realized production of Jacob Marley’s Christmas Carol.

In this adaptation of the Charles Dickens classic, the story of Ebenezer Scrooge is told through the lens of his long dead partner, Jacob Marley.  Where we usually meet Marley as the tormented ghost warning Scrooge of the visitation by three spirits, Dickens provides little of Marley’s back story in his original text.

In Tom Mula’s version, not only do we learn more about Marley, we also discover how and why he goes about arranging for those three spirits to manifest. More than Scrooge’s tale of redemption though, in this re-imagining, Marley must also answer for his own actions on earth, by teaching a lesson to the business partner he left behind.

Much of the pleasure in Mula’s play comes from the careful layering of Marley’s backstory on-top the well-worn tale of Scrooge. In a reverential nod to the source material, Mula also uses beautifully evocative language. The result is a quartet of actors who flawlessly move in-and-out of character, narrating the action, and painting vivid descriptions of the play’s various locations.

In one of the year’s best performances, Linden Banks is simply superb in his portrayal of Jacob Marley. No small feat for someone who joined the cast recently, after the original actor left the production due to personal reasons.

Even with book in-hand, Banks still gives a truly unforgettable performance, running the entire spectrum of emotions. From sorrow as he encounters his own past, to a profound level of joy as the Ghost of Christmas Present engulfs him, his portrayal is enough to illicit tears on more than one occasion.

Beth Gunderson, as Marley’s guide through the afterlife, captures the impish quality of her character with a sense of fun and purpose. Like a wound spring, it is as if she is ready to explode at any given moment.

Adam Francis Proulx finds the anger that fuels Scrooge, and his ultimate redemption is heartfelt. He effortlessly transitions from Scrooge to other characters in the story.

Rounding out the cast, David C Jones provides his ample skills in a number of roles. From the Record Keeper who challenges Marley, to many of the familiar characters that inhabit Dickens’ original story, Jones finds the unique quality in each.

Under Guy Fauchon’s direction the bare stage becomes a playground for his actors, allowing Mula’s words to largely tell the story. Movement is an integral part of Fauchon’s vision as well. Whether it was Scrooge’s flight high above London, or Marley’s journey through the afterlife, all are executed with precision. While there is momentary confusion as the stories of Marley and Scrooge first converge, it only takes a moment to be pulled back in.

Fauchon is helped immensely by Chengyan Boon’s gorgeous lighting design, taking full advantage of the shadows cast against the simple upstage curtain. His design is peppered with a few dazzling specials that underscore the action.

Theatre Obscura’s decision to purchase the performance rights to Robert Neuhaus’s sound design and original music by Larry Schanker was a smart one. With an almost cinematic quality, both effectively underpin everything we see on stage.

As is my tradition around this time each year, I begin to reflect on the nearly 100 shows I have seen in 2016, in preparation for my annual list of our city’s best theatre. I can tell you Jacob Marley’s Christmas Carol will be on that list.

Before The Curtain Goes Up: An Undeveloped Sound

The Improv Centre celebrates the month of love