A native of Edmonton Alberta, Darren Devaney attended the Victoria School of Performing and Visual Arts. He then received his BFA in dance performance from The Boston Conservatory where, among others, he performed works by Tudor, Limon, and Sokolow. During this time, he also attended the San Francisco Conservatory of Dance, Springboard Montreal, and Arts Umbrella’s Summer Dance Intensive. Upon graduation, he moved to San Francisco to freelance as a member of Zhukov Dance Theater and Robert Moses’ Kin. In 2011, he was a guest artist with Ballet BC, performing both new creations and contemporary classics by choreographers Aszure Barton, Johan Inger, Emily Molnar, Medhi Walerski, Nicolo Fonte, Jacopo Godani and William Forsythe.

Visit http://balletbc.com for more information on the Ballet BC 2014/2015 season.

Pretty sure I used to say fire truck.

Nathaniel from the Last of the Mohicans.

6One thing no one knows about you (and you’re willing to share).

The internet, really good speakers and Gilbert (because he is resourceful).

9If you were not a performer what would you be doing right now?

Rolling in my grave.

Keep it in the moment.

Your favourite kind of dance (classical or contemporary).

12The last movie you watched.

14What will it say on your grave marker?

15Who would you most like to have dinner with?

16Your idea of happiness.

17If you could go back in time, what would you tell your twenty year old self?

Your body is a temple my son. 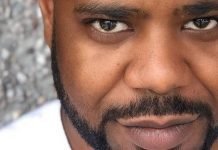 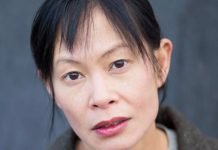