This holiday season, Early Music Vancouver (EMV) returns with J.S. Bach’s Christmas Oratorio (Dec 21) at UBC’s Chan Centre. For more than 10 years, EMV has presented cantatas each December – showcasing some 35 works in that time. This season EMV presents soloists, a 28-piece Baroque orchestra, and the Early Music Vancouver Vocal Ensemble in three of the six cantatas from Bach’s Christmas Oratorio.  Visit http://chancentre.com for tickets and information.

Before joining Early Music Vancouver as Artistic Director at the beginning of the 2013-14 season, Matthew gained international acclaim as one of Canada’s leading countertenors, and as the founding director of the Quebec-based ensemble Les Voix Baroques. Matthew White was born in 1973 and began singing as a treble with St. Matthew’s Men and Boys Choir in Ottawa. In addition to his current work with EMV, Matthew is the programming director for Montreal’s Les Voix Baroques and is an artistic consultant for the Ottawa Chamber Music Festival. He is both a Juno and Grammy nominated artist.

People whose instinct is “no”.

Ricardo Montelban – circa 1975. I am becoming obsessed with re-runs of Fantasy Island on Netflix. It is just impossible for me to believe he is really dead.

Steak and Kidney pie in bed on a Sunday afternoon followed by two helpings of pie and ice cream.

Marmite, Bach’s St. John Passion and Elle Macpherson, frozen as she appears in “Sirens” from 1994.

9. If you were not artistic director of Early Music Vancouver what would you be doing right now?

Singing mid-eighteenth century opera in a well developed falsetto voice while wearing tights and a wig made of real human hair.


A tough call – it is between Marvin Gaye singing anything and John Prine. J.S. Bach doesn’t count – he was from space and I am not convinced he was a human. The pyramids and Bach don’t seem plausible somehow.


Music in the Castle of Heaven – John Eliot Gardiner

Am I the only one who hates that song “I Did It My Way”?

Singing the third in the opening chord of the Monteverdi Vespers with a group of musicians who don’t have to talk about tuning.

18.  If you could go back in time, what would you tell your twenty year old self?


Persistence is more important than talent – get over it.

My daughters – except when they are blowing it.


Most emphatically – to be. 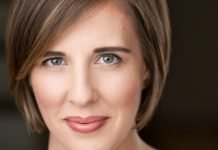