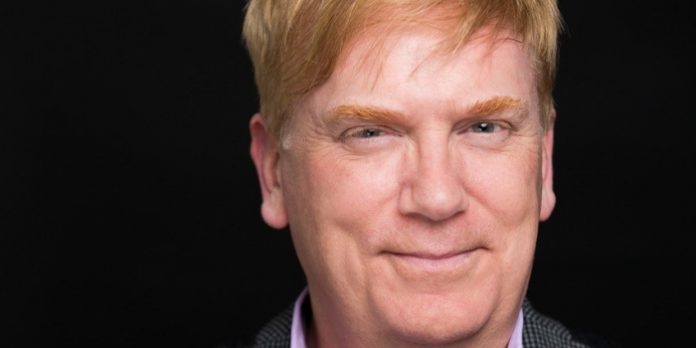 In our continuing special holiday series featuring the contributors at Vancouver Presents, we meet another of our theatre specialists, David C Jones.

David is an keynote speaker, actor, director, and public speaking coach. A graduate of Studio 58 and a teacher at Vancouver Film School he also works as an emcee, auctioneer, and corporate comedian. David has created thirteen short films, produced and hosted a television series, as well as television special. He was the entertainment manager for the 2010 Winter Olympics. He has been recognized as one of Business in Vancouver’s Top 40 Under 40, and is the recipient of the Vancouver Pride Society’s Pride Legacy Award, and the City of Vancouver Award of Excellence.

I was a newspaper carrier.

People who lie and take things from you.

I have a lot of people, both local and global, I admire and wish to emulate, but if I have to pick one I would say 1920’s film actor William Haines.

I don’t indulge in a lot these days. So I guess YouTube videos.

I sometimes use my umbrella to shield my eyes while I check out guys … pants.

Moiliere. I was so happy I got to direct The Learned Ladies at United Players years ago.

“The Me You Want to Be” by Roger Haskett

Opus the Penguin, or Chilly Willy. Some sort of penguin.

Go for it. And don’t start smoking (I smoked for ten years or so but have been clean for about 25).

I am proud of being an opportunity provider and for championing inclusion.