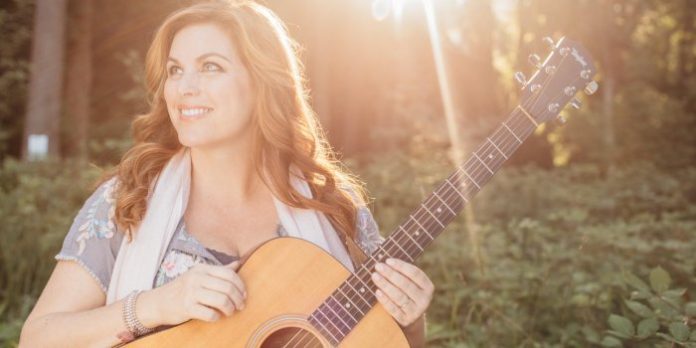 Jessie Farrell is singer-songwriter and performer based in North Saanich, British Columbia. She stars in the CBC Kids TV show, Jessie & The Gumboot Kids, and her music is featured throughout The Gumboot Kids series which is broadcast in Canada, Australia, South Korea and Hong Kong. Jessie is driven by a passion for creating music that connects with and soothes the child within all of us.

I started babysitting the neighbourhood kids when I was a 12 years old. I would always sing the children to sleep so in a way it was my first paid gig.

Dream job was cake decorator and singer, of course. I always dreamed I could have my cake and eat it too!

Being alone. Going to a mineral pool and floating outside under the stars.

Is it a tropical island? My family, a guitar, and fresh food … hmm maybe I should move to a deserted Island!?

I would find other ways to help and heal people.

My son is obsessed with superheroes so I’d say I lean towards hero.

Breathe, eat healthy, live close to nature and love with your whole heart. Oh and get lots of sleep…

12. The song that gets the most play on your iPhone?

I’m prepping to go out on a tour with The Gumboot Kids, the kids television series I do on CBC. I’m playing along to many of the songs from the series and on my family albums (Take me Outside, Chirp Chirp Happy and Sparkle & Shine).

A Year in Miracles by Marianne Williamson.

A combo of the stop-motion animated characters, Scout and Daisy from The Gumboot Kids. When you see their miniature world you’ll want to be them too.

My husband because we rarely get a chance to sit and talk.

Pure happiness is the creative process of songwriting. It never gets tiresome and I’ve been doing it for 25+ years.

Keep dreaming, keep doing the work and keep writing music because it all pays off in ways you will never have expected it to.

Anything I do to help and care for others. And of course my kids.