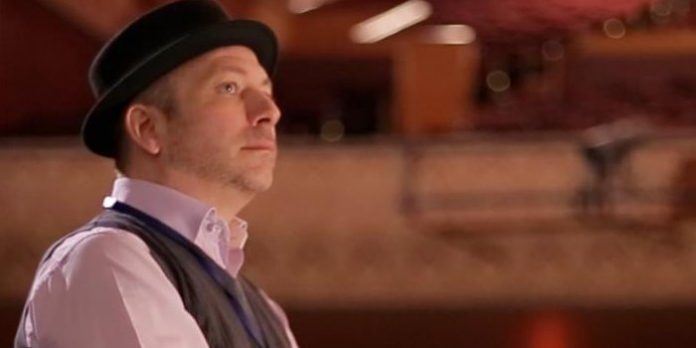 Mark has been writing about the performing arts for almost twenty years. He is currently a member of the jury for The Jessie’s Critics Choice Innovation Award. He has written professionally for both Xtra, and an international trade magazine.

No stranger to the stage himself, Mark has been both an actor and director. He even won an acting award once.

He also has a hat fetish.

After my newspaper route, I worked at a local lumber/hardware store. Even after that experience I am still not a handy person.

This will come as no surprise: rude audiences. Not only talking, noisy candy, and cellphones, but also those who make a mad dash for the door before the curtain call is done. And don’t get me started on those who think the overture and entr’acte are to be considered background music for a conversation.

My partner David. He is the kindest person I know.

I appeared on two television game shows. I didn’t win anything on either.

He said smart. But he also said funny. And although it is two words, he also said Cookie Monster (see #5 above).  I think the third one is most realistic.

A little bit of both.

Sweep from the back.

I’ve always been fascinated by the writing of Eugene Ionesco.

Snoopy, of course. Or maybe Tigger? I’m sure my psychiatrist would have something to say about choosing two cartoon animals.

Leave me alone. I’m finally getting some rest.

My mom. I still miss her.

Getting lost inside a world being created on stage.

Don’t give up on your dream to be a professional actor/director.

Having watched Vancouver Presents grow to what it is today, and being able to to use it to share my love for the performing arts.