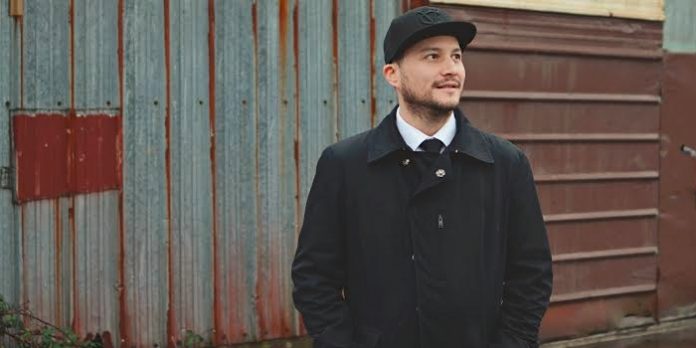 Alex will celebrate the release of his new Aether EP in February at the Fox Cabaret.

Born in Toronto, Alex spent the early years of his life in North York, moving to Vancouver Island with his family for high school. After moving to Vancouver to study science at UBC, Alex had 3 years of student life before his band at the time, Flannel Jimmy, signed a deal with Nettwerk Records. Trading his textbooks and lab coat for life on the road, Alex has been a professional musician ever since.

Several years ago, Alex founded the Anza Club’s Open Mic Night as an opportunity for some of Vancouver’s finest local talent to showcase their abilities. The Open Mic night has flourished over the years with Alex collaborating with and supporting artists such as Randy Ponzio, David Morin, Tonye Aganaba, Little T, and Jess Vaira.

Alex has had a storied career as a solo performer and as a band member – opening for the likes of Weezer, Wide Mouth Mason, Bachman Cummings, Mother Mother, Sam Roberts, Robert Randolph, and The Proclaimers, and playing alongside B.C. favourites Kyprios, Daniel Wesley and Vince Vaccaro. From 2004-2010, Alex toured western Canada with band DNA6, producing two albums. Playing 8+ regular weekly gigs in and around Vancouver, Alex is one of the city’s hardest working musicians.

On February 27 at the Fox Cabaret, Alex will release his first solo album in over a decade, Aether EP. Life isn’t easy—loss, addiction, heartbreak and the rat race take their toll, and Aether is the process of coming out the other side, “Into the Light.” After years of indulging the dark side of the industry, Maher has found a way to channel his living into his art.

Dishwasher at the Winchelsea House. It was a gruelling job. My duties included decapitating the shrimp which turned me off of sea bugs for many years.

When people turn right from the centre lane. I have a lot of driving-related pet peeves.

This is a safe space, right? Cheetos.

I have never ridden a horse.

I asked my best friend Mario and he said “crepuscular” which, according to a Google search, means “active during twilight.”

9If you were not a musician, what would you be doing?

I guess I would be a scientist. Hopefully one of the good kinds of scientists.

All the preparation in the world won’t prepare you for the world.

“Them Changes” by Thundercat. I have tickets to their show at the Rickshaw in Vancouver. I can’t wait to see them live.

13The last book you read.

Genie from Aladdin after he’s set free. Because he’s no longer bound to the life that imprisoned him and he still has sweet Genie powers.

My life as I know it – playing music for a living, loving and being loved. A beach, a swimming pool and a basketball court are icing on the cake.


To be. “Once more unto the breach, dear friends, once more…”