Cass next appears in the original new show Shine: A Burlesque Musical, the story of Shine Mionne and her chosen family of sexpots and misfits struggling to save the crumbling but historic Aristocrat theatre from imminent gentrification. Described as “smart, sexy”, the musical features 18 original songs from King and co-writer John Woods of The Wet Spots. Shine: A Burlesque Musical runs July 6-16 at the WISE Hall in Vancouver.

Cass King is a cabaret singer and writer. Her career-defining moment is a story her mother tells about losing a six year old Cass on a cruise ship, and finding her on stage entertaining a crowd, wearing a nightgown and a pair of striped socks. Cass is one of The Wet Spots, Vancouver’s acclaimed musical comedy duo, who won the Best Cabaret award at the Adelaide Fringe Festival in Australia. An international touring artist, Cass has performed at Massey Hall, the Adelaide Cabaret Festival, and the Sydney Opera House. Since 2009, Cass has been on the development team of Shine: A Burlesque Musical, a full-book musical tribute to the Neo Burlesque movement. You can follow Cass on Facebook and Twitter @cassking.

I worked at the Red Barn Theatre in Jackson’s Point, Ontario. It was a 19th century barn, converted to a theatre in the 1940’s. I painted sets, worked in the box office, did a little sketch comedy. It was basically a perfect job for a 16 year old, and I’ve been trying to get back there ever since.

I wanted to be Liza Minelli as Sally Bowles in Cabaret.

Elderly LGBTQ people who paved the way for us.

Shelter, food, water. Unimaginative, I know, but I gotta go with Maslow on this one.

9. If you were not pursuing a career in theatre, what would you be doing right now?

Creating something else. Maybe fashion or costume design.

“The greatest thing you’ll ever learn is just to love and be loved in return.”

12. The song that gets the most play on your iTunes playlist.


“We are Twisted F***ing Sister” on Netflix.


Bugs Bunny. Something about the cross-dressing.

“Work is much more fun than fun.” Noel Coward.

A sense of achievement, a feeling of fulfillment, and a new inspiration.


I have loving, long term polyamorous relationships. Love has conquered jealousy and fear, every time.

Enjoy that butt while it lasts. 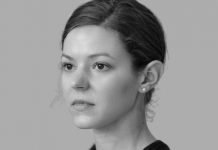 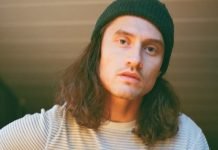 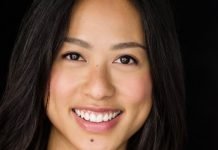