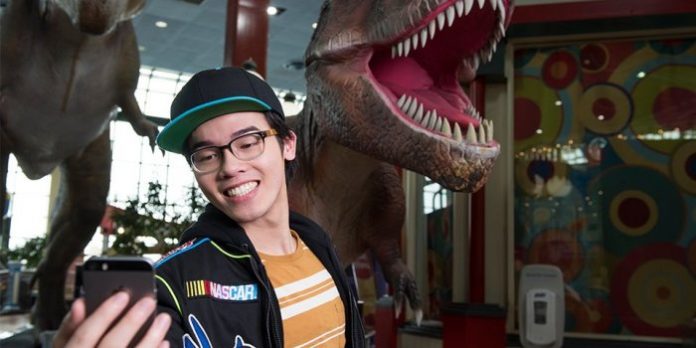 Born and raised in East Vancouver, Daniel’s professional acting career started when he was cast on CW’s Riverdale, playing the character of Dilton Doiley in the opening episode of the hit series.

From there, Daniel booked a lead role in the CBC comedy Crawford, as Brian, the teenage son in the ‘the world’s most functioning dysfunctional family’. All twelve episodes of the new comedy begins streaming on the CBC TV app today, with the series set to broadcast this summer on the national broadcaster’s main network.

Most recently Daniel filmed a guest star role in season two of the NBC drama, Taken, in which he plays naive teenager raised in North Korea in an environment of state propaganda.

I worked in the games department at the PNE. Great job. Great people. Loved every bit of it.

2. What is the greatest love of your life?

The movie Jagten starring Mads Mikkelsen directed by Thomas Vinterberg. One of the best films I’ve ever seen.

When you’re jamming to a song and then out of nowhere whoever’s connected to the bluetooth or has the aux cuts to a different song just as it gets good. I do that all the time. I know. I’m sorry.

Watching movies. Like lots of movies. In theater, at home, I’m always watching something.

I’m left handed. I used to always be called out on it, but now that writing has become a rare occasion, I sometimes forget I am.

Two Cokes and some chips.

9. If you were not pursuing an acting career, what would you be doing right now?

Probably studying business or computer science. Or wallowing in sadness.

Antihero without a doubt.

You gotta squeeze every drop out of your lemon.

The dictionary by Webster.

15.  What is your most treasured possession?

A shoe box under my bed, where I keep my feelings and emotions. I need it to act.

If I could have dinner with Stanley Kubrick I could die happy.

Laughter. For a moment you forget everything and are just wholly happy.

18.  The one thing in your life that makes you most proud.

I don’t take the time to be proud in things. I’m always striving towards more. Never satisfied.

On set or performing live. Wouldn’t want it any other way.