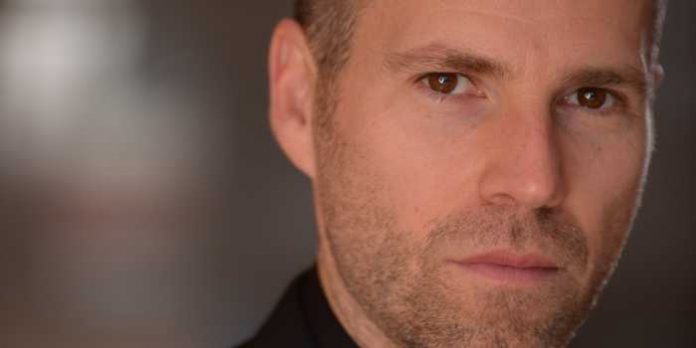 Hutson’s latest project Dark Harvest, is a gritty tale about a marijuana grower forced to partner up with a suspended narcotics investigator to solve a murder. Hutson wrote and directed the film and stars alongside acclaimed method acting teacher A.C Peterson, and comedic icon Cheech Marin.

James’ biggest cinema breaks came from being a ‘reader’ during casting sessions for Insomnia and Reindeer Games, where directors John Frankenheimer and Chris Nolan were drawn to James’ mix of American and English acting styles. The two legendary Hollywood directors opened up opportunities for James to rehearse and perform with Al Pacino, Robin Williams, Charlize Theron, and Ben Affleck.

I flipped burgers at McDonald’s.

A big palm tree full of coconuts (that’s one, right?), a tent, my collection of plays.

9 If you were not pursuing a career in film, what would you be doing?

“Waiting On a Friend” by the Rolling Stones.

13 The one role you are destined to play, and why?

A godfather from the post-apocalyptic future. It would be a highly intelligent survivor, an undefined role, which I can become.

I’ve been told that I’m Bugs Bunny. I agree.

James Hutson: Built the door and walked through it.

Making movies with my best friends.

My relationships with my family, both alive and gone.

Dude, you can write.

To bear those ills we have as they turn out to be the depth of our wisdom and love.