Joëlle Rabu returns to the stage on March 12 at Centre Stage at Surrey City Hall in Piaf and so much more!, an intimate evening of stories and songs performed in English, French and Spanish, with a special tribute to torch song era greats.

Born in Winnipeg to French parents and since her stage debut in 1983, Rabu has won theatre and touring awards, performed throughout five continents, has numerous theatrical productions to her credit ,as well as concert performances for Royalty and with Symphony Orchestras across Canada and the USA. Full Circle, the newest CD release by Rabu, showcases the vocal prowess for which she is known, combined with the piano virtuosity of her 25-year old son, Nico Rhodes. The CD speaks to both heart and soul, spanning an emotional gamut from vulnerable to powerhouse, velvet to whisky and regret to salvation.

Working with my father in his hairstyling salon in Winnipeg. I was 11, I was hired for $2 a day to pick up bobby pins, sweep the floor and hang ladies’ coats. I was upgraded to shampoo girl a year later and made tips…bought my own clothes from that day on.

Veterinarian (of course) … then I realized I loved animals more than people and would not get past the ‘It’s ok, let me look at your paw’ part without falling to pieces.

Folks who don’t keep their word.

Buying Haida art and masks from around the world.

I can’t tell you…

Water, a knife, a big sheet.

9. If you were not pursuing a career in music, what would you be doing right now?

I am doing it. After 30 years of touring, I now live on Haida Gwaii and operate a cultural tourism lodge for the Haida Nation. I never defined myself as simply a singer or an actor. I do many things and cultural tourism has always been my passion along with music and theatre. I am very lucky I can balance both of these worlds, it fills my soul.

I don’t believe in either.

Shift happens; Perception is 99% of the Flaw (I coined that 30 years ago and I still live by it).


Ooo, that’s tough. Too many to list, but I lean toward Canadian gems from Michael Mercer and Ted Galay.


“A Crowbar in the Buddhist Garden” by Stephen Reid (another Canadian friend who lives on Haida Gwaii)!


Dumbo the elephant, so I could fly and listen to my mom sing that beautiful lullaby.

I TOLD you I wasn’t feeling well!

My sons Jace and Nico and their spouses: we laugh so hard together, they shine brighter than any star, scientist, philosopher or celebrity (sorry Einstein and Mother Theresa).

Gorgonzola cheese on a slice of white bread spread with unsalted butter and accompanied by a glass of Bergerac. An angioplasty would be on the heels of that order.


My sons. I guess that would be two things…

Keep it up, you’re doing a great job!


Seeing that we’re not even sure Willy even wrote that himself … how about we say Two beer or not Two beer? That was my father’s take on Shakespeare and duck billed platitudes. 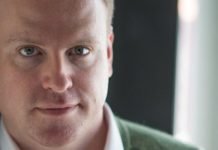 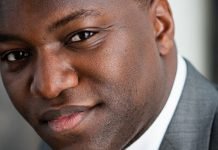