Inspired by this true event, the famed recording session is recreated in the Arts Club Theatre Company’s production of Million Dollar Quartet currently playing at the Stanley Industrial Alliance Stage.

In on our continuing special 20 questions series we meet the actors playing these four rock and roll legends who also answer our 20 questions as their musical counterparts.

Kale: Paper route.
Carl: We grew up as sharecroppers. That means we could farm our land and the landlord took a share of the profits.

Kale: To paint lines on the road.
Carl: Truck driver.

Kale: Gord Downie.
Carl: Uncle John. The man who taught me the git-tar.

9If you were not an actor (or musician), what would you be doing?

Kale: Massage therapy.
Carl: I would still be a farmer.

Kale: As my dad says, “Seize The Day”.
Carl: Don’t step on my blue suede shoes!


Kale: O Brother Where Art Thou.
Carl: The Great Escape.

Kale: There will be no stone above my grave. Plant a tree. That will say a lot more about who I am.
Carl: “Here lies that guy no one remembers”

Kale: Laughing with loved ones.
Carl: A nice dinner with the wife and kids.

18If you could go back in time, what would you tell your 20-year old self?

19The one thing in your life that makes you most proud.


Kale: My new EP “The Tracks”! Available after the show!
Carl: Knowing all the people who have been influenced by lil ol’ me.


Kale: Well that depends on what!
Carl: To be. 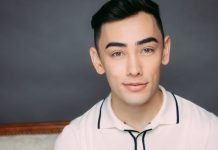 Music in the Courtyard

A Hundred Words For Snow