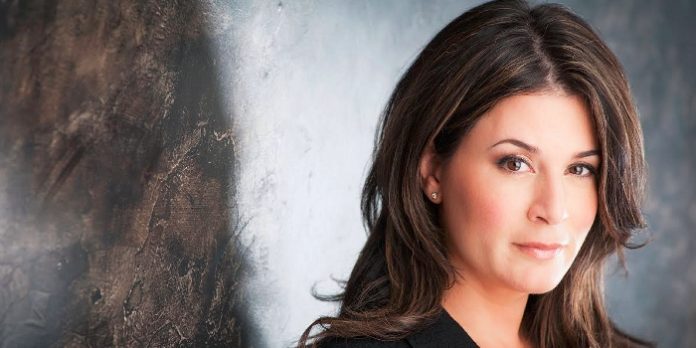 “Bronies” around the world recognize Nicole Oliver for her voice over work on the popular animated series My Little Pony: Friendship is Magic, but Nicole’s impressive 20-year career includes countless other notable roles in film and television, on both sides of the camera. Her work spans genres and mediums, with a recent project including voicing several characters in Seth Rogen’s adult animation comedy Sausage Party, to several years of hosting the Slice Network hit series Crash Test Mommy.

Nicole is currently appearing in the buzzed about Lifetime Movie Britney Ever After, where she takes on the role of pop princess Britney Spears’ mom, Lynne Spears.

My first job was as a chamber maid at my Uncle’s resort in Manitoba. I was 12 years old and my duties included cleaning the cabins, changing linens etc.

I thought it would be cool to be the person who names nail polish colours. Or a trial lawyer. I was all over the place as a child with my dreams!

People who don’t let you finish your sentence before they jump in with their two cents. I think we’ve lost the art of the conversation, and I really appreciate people who listen BEFORE sharing their opinion.

I am obsessed with young adult literature. Obsessed!

9If you were not an actor, what would you be doing?

I would be a lawyer.

The worst thing you can ever say is: what would have happened if?” Seize your moments.

That is always changing. Right now I love 24K Magic by Bruno Mars. Earth Wind and Fire’s September is a classic.


My favourite new play is Onegin, the original musical that was on at the Arts Club last season. Love that show!

I love cartoons.  I think it would be a mix of Jessica Rabbit for her sultry vivaciousness and wardrobe, The Road Runner for his speed and timing, and Wonder Woman, because, well … it’s Wonder Woman.

Lived and loved completely and with no regrets.

From any time in history?  Queen Elizabeth, Barbara Walters, Meryl Streep and Rihanna would make for interesting dinner conversation.

In my garden, pulling weeds and listening to my kids playing outside.